From zero to hero! 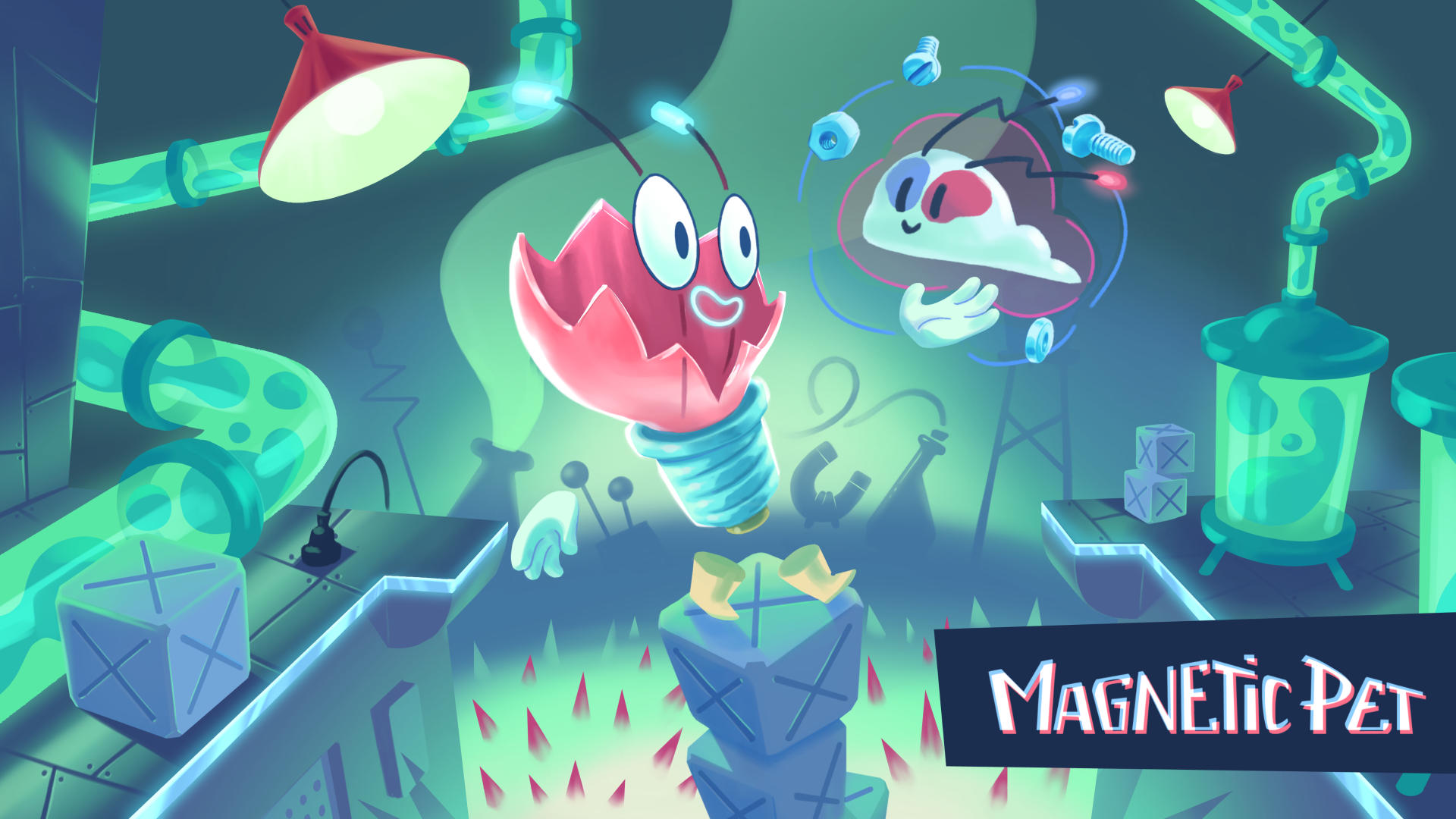 As you already are familiar with the game theme, time to get a closer look at our main protagonist (in case you missed the game intro post, it’s better to start here). The player will take on a role of a broken light bulb, which strives to regain its functionality. Driven by the urge of being fixed, the character tries hard to find the way out of the laboratory. Luckily, the bulb is not on its own, as it is followed by a pet companion with magnetic properties. In order to move forward, the two of them have to cooperate when solving a series of puzzles standing on their way.

Teamwork is a significant element of the story, as we aimed at designing a game which would focus on the dynamics of building trust and friendship between the main character and its pet. We have only run a couple of sprints in this subject, though the draft concept of bonding will finally turn into an emotionally involving relation. There’s still a lot of work ahead of us in terms of creating attachment between the two creatures, hence for now, let’s move on to the characters themselves.

We have faced a real challenge, deciding to embrace two seemingly unrelated elements: the unfolding of a friendship and an educational value derived from physics. Long story short, this is how we got there. Bulbert, our main character, is a light bulb with a slight defect. His quest is to find a way to get fixed. It’s been clear from the very beginning that it’s going to be a rather simple, small-scale puzzle game, where the character’s emotions will play a more important part than a deeply embedded story.

One of the questions which emerged while we were working on the character was: what would be your first thought if you woke up as a broken light bulb? Besides the obvious disbelief and general puzzlement, a game player would probably start thinking of how to get things fixed and who could possibly help with that. The first question is answered by the gameplay, while the other one is rather self-explanatory. We do not want our main character to feel defective for too long, that’s why he can count on his companion’s help and support. Amper, the fellow companion, is a magnetic creature which gets Bulbert out of trouble and helps out with solving most of the riddles. All things considered, you need to be careful with Amper’s … mood swings (sometimes in + and sometimes in -, if you know what I mean ;)). Above all, you can’t fail its trust. If your pet loses its confidence in you, you’re doomed.

Having run  four sprints, we’ve had enough time to think through the main features of our protagonist and who we want him to be. Our idea on the main character’s final shape was clear and consistent, nonetheless, it has not made the task any easier. Our team creatives, Weronika and Karol, have put a lot of effort in making the character complementary to the game’s stylistics, keeping his distinctive features, at the same time, making him a likeable game character. We’ve come a long creative way through various stylistics, levels of relationship between Bulbert and his pet, up to the complementary natures of them both. On top of that, we wanted to make the main character a bit nerdy, so the associations with magnets, electricity and technology are not random.

Initially, the character took the shape of a constantly irritated spring of wire. The frustration was caused by the fact, everyone perceived him as a carrot, while in fact he was a spool of an electrified copper wire. On second thoughts, we came up to a conclusion that an annoyed character could be perceived negatively, which was not exactly our aim.

After some more brainstorming, we figured out a different angle:

Finally, we’ve picked the winning version: a broken light bulb. The idea gained everyone’s favor due to its simplicity, complementarity with the pet companion and the whole game world. At the end of the day, we can introduce you to Bulbert and his mate Amper.

As you already have become acquainted with our game characters, next week, we will follow up with the basics of the game’s mechanics and its prototype evolution. See you soon!